Some thoughts on sonic differences in this unofficial group appraisal.

The Mobile Joy perhaps? Whatever, it’s synonymous with good value audio and headphone use and has been for some time. As is a sinkhole to grounded uptake, an apt analogy of the Mojo over its product life cycle. Its gone on to be one of those Darwinian products that has satisfied so many Audio-lovers, stroke philes. You know what they say about survival of the fittest. A combination of great price, performance, features and portability.

FPGA based with 750mW of output power, which Chord say contrasts with an iPhones 3mW, it’s easily enough to force IEM’s and over ear monitors to maxed out spheres, especially whilst out and about. Two friends can get up close and friendly, listening to two sets of headphones at once, by the 2 x 3.5mm outputs. You want a pretty neutral sound which leans slightly on the incisive with treble? “You got it,” as they say annoyingly in one fast food Burger joint.

At the same time, the AudioQuest line up of DragonFly’s started with the Black, then Red and most recently, the Cobalt. No FPGA, but ESS Sabre DACs and power supply filtering. Admittedly DragonFly’s don’t have the power-snapping capabilities of Mojo for hungrier over-ears, but for low drive IEMs, they are a little more flexible in portability – plug them into a laptops USB, phone or tablet using adapters, or even use as a pre-amp or DAC to another headphone amp or power amp (as with Mojo). The Cobalt is easily the beau monde of the three and challenges Mojo.

Whereas the Chord is precise with detail and like a politician giving a COVID-19 update, the Cobalt is a bit more downtempo in its handling of music. A more relaxed easy listen. Neil Diamond v Justin Bieber. And if I had to pick either to use with IEMs, it would be the DF Cobalt. It conveys detail equally well too. For over-ears on a long flight or train journey – the Mojo instead.

The 2Qute DAC was a nifty little DAC when it came out, replaced by the Qutest in 2018. FPGA, short for Field Programmable Gate Array is the basis for how Chord do DACs. Just like the Mojo. Looking like deep sea diver apparel – no sleight – just its industrial design.

In simple terms, FPGA is a programable DAC chip where the code and numerosity determines SQ. Logic gates or ‘taps’ are at hand to help, and the technology differs to conventional bolt in DAC chips, of the likes of ESS Sabre, Burr Brown etc, which cannot be programmed. 27,368 taps for 2Qute, the Qutest eats more with 49,152 taps on its Xilinx Artix 7 FPGA. Unsurprisingly sonic prowess is emboldened.

You have to really let it pester you over time, to get a sense of what Qutest is all about. Detail chucking, bass depth and intonation (which was a stand out trait to the 2Qute) and wide dispersive character. Toy looking in appearance but no kids play for price and use. When I shook down the RME ADI-2 DAC FS I posed the question is it a Qutest Killer? I reached the conclusion it is… Sure you need the right system for it – whilst recently experimenting with some Neat Iota Alpha’s with a Hegel H120 amp, I preferred the Qutest for its wide-boy character, matching the Neat’s that do this well too with their planar magnetic tweeters. Like squaring up to Arnie, not Charles Hawtry, in relative dispersive character terms.

But whereas the Qutest chucks out its mind setting character in a thick and wide way, the RME confines sound elements in a more mid-centric, everybody in the place, way. So as The Prodigy, it suited my Cyrus System and PMCs more. And to this end, considering its other features ; headphone outputs, 5-band parametric equaliser, and the fact it’s around £300 cheaper. Yes, in the right system and to sonic preference it is a Qutest Killer, and easily as *good*.

What this goes to show is that we be brand loyal, as Audiophiles, at our own expense! RME is a pro audio firm who don’t occupy the same Audiophile commercial space to Chord. On this score, we often see great performance improvements at price. RME is no exception. It’s also, with their Pro version of the ADI-2 DAC, the only DAC they offer. Something of a one fits all approach, is perhaps a cue to maximum sonic attainability. Against Qutest, with a pair of ATC SCM40A’s the RME easily showed itself to be more in keeping with the naturalness and mind blowing neutrality of the ATCs.

Being brutally honest, the Hugo TT2 is the pick of the crop for me. I’ve yet to find a DAC as Audiophile sounding at this price, and by this I mean meshing bass performance with detail. The test of a quality DAC. It’s not only an incisive DAC but in the Chord line-up, the best closeout. £4000 (around $5000) is still a chunk, on a DAC though.

I’ll admit I haven’t really heard that many DACs around the price of the TT2 to give a fair critical appraisal. The PS Audio DirecStream was, for a time, being offered at the same price and with the trade in scheme PS Audio offer (in the US only), I suspect similar still. The TT2 and DirectStream are like mix apples and oranges to one another – a wider soundstage, thicker set, rounded and easy to listen to, vinyl esque, is the main stamp of DirectStream, which TT2 doesn’t have. I prefer TT2 for its resolution, non smearing nature, but which is more musical? We can debate amongst ourselves until the cows come home, is my response. Music taste will matter too!

I’ll come out and exclaim straight away that M Scaler is hard to universally recommend. Undeniably creating wideness to the sound as its modus operandi. Soundstage and depth is uncanny using M Scaler with TT2. I appreciate that Audiophiles will read magazines who rate it, and some customers will love it. But the way I look at it, what does £3500 get you alternatively? Its opportunity cost….the answer is it gets you a lot more in other areas and VFM judgements come in, as always.

In fact, I even commented recently that a £4000 Hegel Mohican CD Player is so good as I can *remember* the TT2 sounding, assuaging A to B comparison. So where does that leave an up-scaler in the scheme of things? If you are a money no object Audiophile, for which I’m not, then you probably don’t care what I have to say about M Scaler anyway. Since even if M Scaler gives an improvement, my thoughts of spending elsewhere won’t matter. And fair enough too.

In my tests, it isn’t particularly good on VFM stakes with DACs of brands other than Chord, admittedly I tried only a few. I’d rather put the money towards a source or other components.

The idea too of using M Scaler with a Qutest when the TT2 alone performs better on bass and detail, at less money, identifies the value of M Scaler and capabilities. If money is no object for performance, then why not, and maxing out the last morsels of performance is a very credible reason to buy too. But this is not an everyman product to aspire too, like the TT2, DAVE, and Qutest, which are.

The DAVE is one of those DACs that takes a recording and just analyses the hell out of it, shaking it down, all the component parts coming layered thick and fast. I think I used an ice cream analogy – Walls Viennetta layering. The ability to compel you, absolutely and positively, to go through your entire CD collection all over again! It’s called DAVE from Digital to Analogue Veritas in Extremis.

That’s the realisation of a DAC this good. Analytica personified, and no forum “analytica is unpleasant” archetyping has rightful point of place here. Reaching beyond the sky like Elon Musk, in drawing every last ounce of detail out of what is on CD or in your music file, is to be commended, not deplored! Especially since this DAC doesn’t do it in a sharp or searing way. Quite possibly, easy to conflate analytica with searing treble if you’ve no experience of premium DACs, where cheaper DACs often get detail out this way.

The DAVE hunches up extremely well as a pre amp, the presentation is textbook neutral but when you reach for dCS’ Bartók, you start to realise levels of spoon fed refinement and naturalness and a bit more tonal mass, that is outside “DAVE’s” comfort zone. Timbral information is replete too, but dCS’ offering, a homage to Hungarian composer Béla Bartók, is just more real.

About the same price, and certainly in a ballpark bracket : £8500 for the DAVE to the Bartók’s £10k (less headphone amp) is a bit like deciding on a Galaxy bar to a Mars bar. You’ve got the money, so a choice of either is easy.

No names, but speaking to one dealer who stocks Chord and dCS, they prefer dCS’ sonic palette. There is no getting away from the fact that a tonally more natural sound, which is still able to convey the detail and naturalness in the music, will be preferential to most ears and in the right system. The pod doors are not opening for DAVE to distance this DAC, because HiFi is always about system matching and, as we saw with the Neat example, instances where the DAVE is more system succinct. Plus the differences here are cigarette paper thin. In addition the non smearing capability of the DAVE is a reason for preferring it with some headphones or 2channel systems in keeping fresh dynamic rawness. Better on speed stakes too.

For systems that are extremely neutral, I think the Bartók will appeal to more people. That’s why it wins out, as neutrality counts hugely. The reasons above too. When you look at its design, certainly on a ‘components to circuit board approach‘, and the development of dCS’ ring DAC technology over the decades, it’s easy to appreciate why it is the *better* component. It is also better made – bead blasted alu cases and dials with panel gaps on par with a Mercedes Maybach, compared to the Chord’s standardised milled / polished appearance and less luxurious approach. To me even though the Bartók is more expensive, it represents better value for money. A streaming DAC to boot, with the excellent dCS Mosaic App (and like the DAVE, Roon Ready) 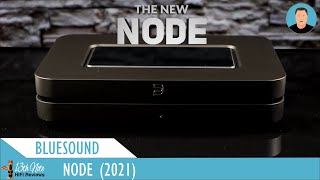 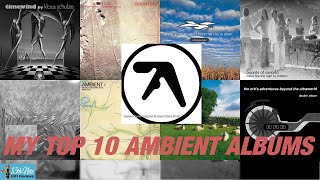 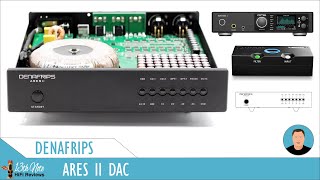 Liking this so far, all Scandinavian Hifi . Hegel

The troubles you have to go to, to get really good

Bluesound Node 2021 versus Node 2i, coming up on Y

The inside cover of The Prodigy’s ‘Music for t

Gutted to hear this news today about Sean Lock, on

Hegel H390 amp clip for one of my videos. Made fro

Denafrips Ares II in for an assessment 😀 @denaf

Walking amongst the elephants at Green Park London

This is turning out to be a dream combo. “Mini-M