What’s it all about?

Having a DAC that has firmware upgradeable software is a big bonus which is allowed with FPGA (Field Programmable Gate Array) DACs for they programme code into the system. Not like normal DACs which have no such flexibility. PS Audio have just brought out the Windom update.

Something that is happening when you turn it on is the giveaway….The initialising screen. A similar thing is going on with other brands of FPGA DACs except that PS Audio are I think, unique in offering a user upgradeable firmware service. In fact PS Audio put a lot of effort into doing this, led by chief designer Ted Smith. And it’s a FREE service too.

It not only keeps audiophiles interested in their audio and DirectStream but is a selling point for PS Audio too. No more are tone controls on amps that much but like salt and shake crisps there is no problem. Just choose your own flavour and stick to it, akin to that old firmware update, or change to new flavours as they come out. In this case Windom. The old version was Snowmass, all smartly named after mountains in the Rockies.

How have things changed?

Like the shrink who wants to form their own view with no interference no doubt, I didn’t read any of the reviews or marketing spiel before I set out to check myself. No bias here buster!!??

First off I noticed a slight reduction in the edginess of the treble changing from Snowmass to Windom.

What also strikes you too is a widening of the soundstage with Windom and a slightly more rounded quality to the sound. Snowmass is slightly narrower in its projected ‘field of vision’.

These are subtle to big differences depending on your perception of living with HiFi. Have little time with the DirectStream and it is subtle, as I initially thought, because you aren’t used to the house flavour. But keep eating those crisps (or listening) and you know what the changes do and they are more profound! A big issue in gauging audio quality, but often maligned on online forums.

“Windom reveals richness and natural detail within the music at levels formerly unattainable in any digital to analog converter we have auditioned. With its improved retrieval of reverb and ambience, Windom communicates with a glorious sense of openness and effortlessness, adding a sense of immediacy and ‘rightness’ without sacrificing honesty or transparency.” AND

“While developing the architecture of his ultimate DAC, the Ted Smith Signature DAC (TSS), Ted learned ways of moving functions from noisier FPGA resources to quieter ones, and restructuring memory allocations. The result is an even lower digital noise-floor with these benefits:

I’ve highlighted the bits I’ve found and it goes to show there is no BS in these updates at all….. Very worthwhile and you can download the files from the PS Audio website here. Make sure you extract the raw files, not zipped up. There should be 5 of them! 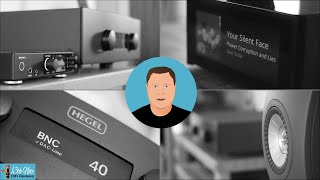 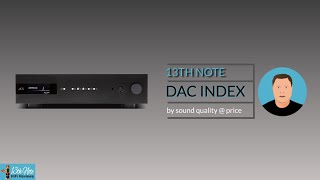 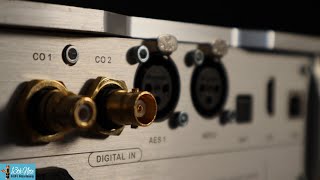 Loved this guy and sad news a while back. A playli

Bluesound Node 2i review on 13th Note and YouTube.

PMC twenty5 23i series on YouTube and vid on Patre

Bluesound Node 2i and Sauvignon Blanc on the Revie