A discussion on another review site about whether the ‘proprietor’ is an Audiophile got me thinking about whether the use of the term Audiophile really spreads the love in this game. But are we more aptly Audio Lovers? We should all want audio to appeal to as many people as possible. It suits and benefits us – KEF sell more of their LSX speakers for the mass market, it means those who want to spend more, get it cheaper. This is because KEF’s return in these speakers means they can invest in higher end products.

If you asked me 15 years ago when I was not into audio, if I’m an Audiophile, I’d first wonder what that meant. Then I’d probably think of that dangerous person who is every parents worst nightmare. Of course it should have no connection in thought, I hear you thinking opposingly,…only in wordplay, but what does the phile bit actually mean ….

A phile refers to someone who “loves, likes, or is attracted to” and an audiophile is;

“a person who is very interested in and enthusiastic about equipment for playing recorded sound, and its quality”.

But the Audiophile industry is awash with setting itself apart from mass market audio/music lovers by alienating itself. Such things as making too much of the technology in audio, rather than selling the virtues of what it does for music more-so. This is because music faithfully reproduced must surely be more marketable than technical specs, at any level. Music is universal after all – to encourage more people to spend more, tugging on human heartstrings doing so. It’s obvious why people spend 5k on a TV to watch 4K, because they can really see the results. It pervades the buying decision and technicalities. In Audiophile land however, trying to get a newbie past hertz, watts, DACs and so on, is a minefield to the extent why bother? I can understand that. If a distinct group of TV buyers referred to themselves as a TV-ophiles, it would be easy to understand how they would set themselves apart.

There are also issues like the alienation felt in dealers when there is nobody in the shop. A regular occurrence when I go into many Audiophile shops. On the other hand the local Richer Sounds, a UK chain dealer, takes the alienation out – sadly though not selling much premium audio gear.

The word Audiophile also helps to perpetuate snob value in HiFi because if you are an Audiophile and have spent many many thousands on your set up, it is more likely to set you into demarcated thinking that expense means better. It often and mostly does but not always and it doesn’t mean a product sits outside the sphere of being good or ‘Audiophile’ by being a mass market or relative budget offering. I was having this discussion on a Facebook group where the poster was convinced that a Bluesound Node 2i, being a budget / midrange streamer at around $500, wouldn’t be as good as ‘Audiophile’ Roon Ethernet streaming end points at a lower price, simply because he had invested a lot and had no idea at what level the Node 2 performed. A very good level by the way. But why think the Node wouldn’t compete just as well because it’s not “Audiophile”.

It is also the case that the audio shop on the high street has now disappeared. Look at Tottenham Court Road in London 15 years ago, with nearly all such shops having disappeared now. The effect is to get into audio, you really have to make an effort to go off the beaten track to find the dealer, to venture out into the countryside or a dingy part of town. So to do that you really have to want to and how might the newbie want to do that if looking at a website of a premium product they can’t understand what it does. I’m not talking megabucks but maybe still spending what they would on that 4K TV. The economic opportunity cost.

All but a few HiFi dealers remain on Tottenham Court Road, London

Also not even independent record shops have mainstream branded speakers on show from the audio companies, with relevant product signage, which seems to me a wasted opportunity. For instance why not let customers trial headphone DACs at the listening stations when listening to CDs.

A recent article I chuckled at was one about HiFi sommeliers giving advice on how to hear. You are told how to hear? Really…. Isn’t that a bit like instructing you how to taste or see. I couldn’t think of anything more pretentious and alienating against non Audiophiles.

I don’t decry heavy technical discussions amongst people who would want to, in order to enjoy their way around being a technical Audiophile. I’m more interested in looking at it from what the products really do in listening tests. In the real world – subjective tests with objective consensus groups, as to what is good. This is being an audio lover. Much like people who say Sony, LG or Samsung OLED’s are most regarded for vividity, or maybe a different group who prefer Panasonic for cinematic qualities. It doesn’t set me apart giving an opinion without measurement because most people appreciate peoples opinions and realise listening is the acid test in HiFi anyway.

Using these words one way or the other might be semantics as I’m interested in ‘audiophile’ gear and I’m an ‘audio lover’. I like entry level gear too as I see more value for money in it (even though I’ve invested in “audiophile” gear myself). But what I’m getting at is efforts not to draw a distinction and set people apart. I think Audiophiles do that at their peril as it will just make this industry more niche, and we don’t want that – we want inclusivity. We will pay more and nobody actually wants that. I want the Chord DAVE DAC or PS Audio DirectStream DAC to be mainstream and cost a few thousand. I think if Joe Bloggs newbie knew about it and what it could do, he would want it for a few thousand too!

I have referred to myself as an Audiophile and do, but this prompts a rethink perhaps? Is it an important distinction on this basis? What are you, Audiophile or Audio Lover, or both?

Carpenters are urgently required……cabinet falling apart – apply to 10 Downing Street (no tools required, the building is full of them! 😂) 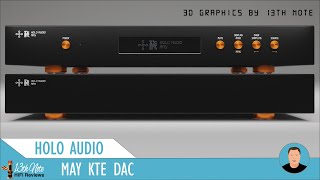 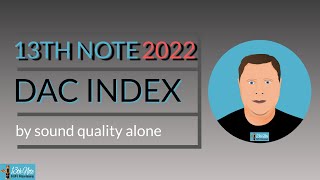 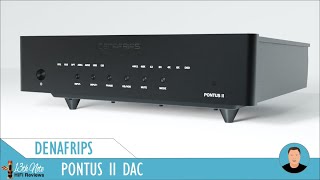 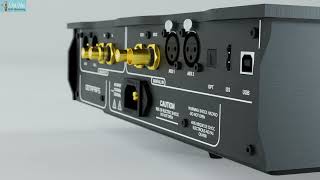