Stripped bare to its core, the main purpose of the HiFi review is to give you the lowdown on how a product performs. ‘Me too’ as I read them as well. A good’un is your ears and eyes….by using comparison and having an element of objectivity. Assuaging what one guy referred on my Facebook page as the ‘word salad’ reviewers, whether your thing or not is not the point here, but what is – where do such reviewers laid bare, stand, if the fundamentals are missing?

1. a formal assessment of something with the intention of instituting change if necessary
2. a critical appraisal of a book, play, film, etc. published in a newspaper or magazine.

Those that give the cop-out “it’s up to you to decide if it’s value” juxtaposing value for money as just being an absolute judgement related to wealth and money, when many an Audiophile wants value regardless of bank account bulge. Or the perennial – my opinion doesn’t count. What??!!??….of course it counts.

Clearly poor products are rare in the world of uber competitive HiFi, but when they come along, we want to know. Equally good reviews want to sing from the rooftops when a product performs well – which, I’d say is at least 90% of the time and the reason we do this as enthusiasts. I love getting hold of something as profoundly good as the dCS Bartók, as much as the next man. That’s the whole point, otherwise nobody will believe us and the whole review is counter intuitive and productive. Manufacturers say they want honest reviews because if they are all same old, same old, irrespective of the quality of products, it adversely effects manufacturers and the industry generally through low confidence.

So which publications or online sites actually publish the most honest Reviews for me? The list is a small one but, whatever, below is the list nonetheless (in no particular order). Obviously I cannot count myself – but certainly honesty & credibility is an aim of my site.

Be aware too I’m not being paid at all writing this article, I’m simply writing it as a fan of these sites.

Whether a reader is pessimistic or not to view a magazine as acting for manufacturers where that mag stands to gain from big advertising budgets, is a point you’d never convince people over. And it’s not my intention here anyway, whichever side of the fence I’m on. The point is, can we take certain elements of reviews and relate them to our own experiences to form opinions about their trustworthiness? Well, with What HiFi, absolutely.

Not only is What HiFi scoring by assigning 5 star reviews, all the way to 1 or 2 stars, but comparison is made between products that perform well, too. Where equally poor reviews tie in with our opinions as much as good ones, that’s the trigger and acid test for thinking, ah yes, a Credible one. You’ll find they might not always tie in with your experiences – for it’s impossible. Feel free to call them out too, I’d say. But what is for sure, I’ve found that more often than not they do stand up. And this is the interest – finding out lines of agreement, not casting an aspersion, on the single or few occasions agreement isn’t reached.

I also like the way What HiFi’s online site and mag keeps good continuity between reviews and doesn’t make HiFi and audio too technical. Just enough to get you through, with as many explanative journalistic articles explaining new technology, as the reviews themselves.

An edition, yours for 85p in 1983, this British magazine was part of the Haymarket Group. They went global in ’91 and more recently in 2018 were sold to Future Publishing by Haymarket in a deal worth £14m.

Headfonics is a site that I really rate.

The notion that you get a very detailed run down on everything at Headfonics, is what appeals. Very need to know, succinct, to the point and a site not afraid to be honest in comparisons.

If you want the most honest reviews of headphones, IEMs, DAC products, etc, Headfonics is my first point of call. They probably don’t so much need the link, I do more than them, but click on the web page photo to get to this site.

In his review submission page, Jay Luong, the writer and editor of Audio Bacon comments that if a manufacturer is ‘butt-hurt’ about the slightest negative products, please don’t bother sending them in.

This is true if you think about it, because this is a our job. The wording is similar over at 6 Moons, although I tend to find that site hard to follow and too technical, personally. Audio Bacon is a pretty easy site to get through and if you want comparisons on audio equipment, with a steer for Audiophile gear, then you can be assured that Jay will get to the bottom of the component across a very wide range of gear.

I tend to keep review systems narrower as I feel that if a component is a good one it will work well, across a range of gear. I’m somewhat dubious of sites that don’t offer comparisons but then proclaim they use lots of testing gear, which seems to be a contradiction. None of that at Audio Bacon which is good too, for the sake of ease of understanding and complexity. Admittedly if you own the gear then it makes more sense to make as many comparisons as possible. Because the more comparisons made, the larger extent to which Jay would rate your existing gear with a component you might want to buy.

If I want to get the opinion of a credible independent Audiophile reviewer of speakers, amps, DACs and all else besides, this is the site I will read first.

Tell me who you rate and why? 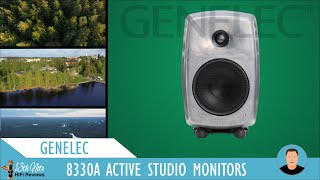 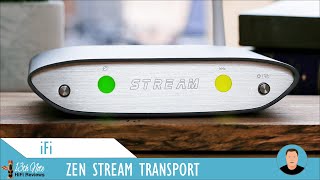 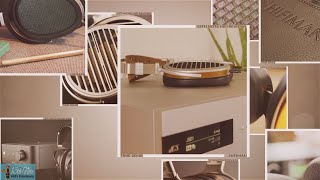 Use one of these to preserve AES/EBU 110ohm connec

Intro clip for my Genelec 8330A review. An enthusi

My legendary Thai green curry cooked by me with le

Damn these are good for the money. Very accurate,

Check out my review on the iFi Zen Stream on YouTu

What’s inside a Denafrips Ares II DAC and what d

DAC shoot out video now on my YouTube channel. @_a

Doing an advert for Hidizs in 3d at the moment in

Can’t wait for Voyage, their new album. My first

Hi everyone. I’m reviewing and doing a promo vid

Check out my latest video on my YouTube channel on

Down at Shoreham U.K. waiting for a weather window