My impressions of the new fact.12 at a dealer

In his The Ear HiFi blog, veteran HiFi journalist and pundit aficionado Jason Kennedy, comments on one of his latest articles about the newish PMC fact.12 signature speakers. The full stop between fact and 12 is in the model name – not, by, the way, a, badly, punctuated, sentence. Anyone who has had any experience of PMC knows this firm makes top drawer speakers. Definitely not furniture manufacturers in a previous life. Anything they touch turns to gold, then platinum. We can drool over their HiFi products like a rabied dog on heat with our choice pretentious words, in an effort at getting out on paper even a modicum of what they can do. The best faithfully reproduced audio is a visceral experience where you absolutely and positively have to be there. I’m a PMC owner myself. Why not?  Not many speakers do low distortion and bass integration like these Proper Monitors Considerable. Sorry, Professional Monitor Company.

I let these speakers wash over my ears at a dealers with Bryston amplification in the mix and I *think* I agree, like Jason says, from hearing the original fact.12, that the noise floor has dropped. It is difficult to make extrapolations to other speakers if you are not hearing them side by side, but you do get a sense with these car priced fact.12 signatures that they are doing so. They give a level of insight into music that you could be forgiven for thinking, few speakers ever do, particularly *relative* two dimensional ‘plebeian’ priced HiFi speakers, for the rest of us. Talking of their competition, here are a few *around* a similar price to possibly consider;

Not too much is given away by PMC about what’s incorporated into the new design with their website spiel, but asking questions about the new speakers is welcome. The odd looking angled shaped fins on the twenty5 series transmission line ports was a jog away from the original twenty series. And its been such a good design that really works in speeding the transmission line bass air away from the speaker, you wonder why it’s not incorporated into this new fact.12 speaker. It is in the £45k fact fenestria and is called ‘laminair’. Too difficult a design task is the answer. It’s no gimmick by the way, as much as it looks it and for ‘subjectivist’ audiophiles to come out with snake oil comments, is definitely unfounded. Go away…

But in config it’s a 3 way design with a pair of super long throw 140mm bass drivers and a 50mm dome midrange driver, just like the original fact.12. The tweaks to form the signature range have come in the design of capacitors in the crossover, where apparently using dedicated components to reduce microphony effects, transposes itself into lowering the noise floor. If true, the proof is always in the pudding…

It is a commonplace platitude to say that considerably lesser priced speakers just don’t let you deep into the music like these. Or as impactful too…..Imagine that orchestra as deep as Daniel Barenboim conducting Jacqueline Du Pre on Elgar’s Cello Concerto at the Albert Hall. The stage is pretty deep. But this analogy is tantamount to reaching into the computer screen in a 3D way, like a video editing tutorial on such a subject will convey. Our speakers being to the side of a McLaren P1 at the lights, not pulling away anywhere near the same and having relative two dimensionality. Eat as much as you like in being there, but not even ever having to leave the house. Like the best home cinema, well, without the cinema. Good because you can keep playing the 1st movement of Elgar’s piece again and again. It’s only thoughts of your future amp service repair bill that *might* stop you carrying on with any careless abandon, in listening again and again.

This is what the fact.12 Signature is about. You can go on about enjoying your track that you have a high chance of not knowing about – possibility like I conveyed to you with Elgar, as much as you like. We’ll keep review proceedings to how the HiFi conveys the music, not the other way around. That’s how I tend to do it : I’ve often wondered if I could get away with saying – the guitar duet on John Cipher’s only for me album is exquisitely balanced, leaving everyone in the dark with tremendous irony. I might try it sometime – no only joking, even if he existed I’d draw some semblance of understandable sonic USPness around a HiFi first explaining approach.

But anyway, less of the tongue in cheek commentary, and back to my impressions of the PMC’s, assuaging florid language of unheard of artists…. This is a serious take on impressions btw, just I like a less austere and light hearted approach to HiFi. Music is the entertainment business after all, as one distributor said to me a while back.

Compared to the PMC twenty5 26 or newest twenty5i iterant, there is clearly a lot more detail and refinement on offer – you’d expect so as the fact series are PMC’s top consumer type offering and double the cash. I suppose in the PMC line up, this is now next up from the twenty5i 26 with the smaller fact.8 signature standing in the way. Just below fact Fenestria in fact, where incidentally you could buy something like a Porsche Cayman instead in price comparable terms.

But unlike Jason, I can’t say unfortunately which is the “editors choice”, the Best Buy, the knock out award, the 5-star product, even the 13th Note, against these PMC fact.12s, and why? Well I haven’t tried any of their competition side by side. Jason can’t too really, can he, based on not mentioning others. A choice is “an act of choosing between two or more possibilities”. It doesn’t mean these new PMC’s aren’t incredibly accomplished. But it’s so important to be making comparative judgements in HiFi as I alluded to in my article here. But of course I defer to his experience with a nonchalantly sarcastic ‘spit’, because of course none of us need experience of the workings of HiFi, what we really need is the experience of relative products, and that’s an acoustic one. Often difficult in audiophile HiFi too.

Oh well, all is not lost. It’s time to get listening to those others and form some real choices for the fair sonic strengths and weaknesses A to B, even if they are slight. That’s what I’m interested in. I know you are too. So as to the premise that the title invites us to consider, use your Ear always. 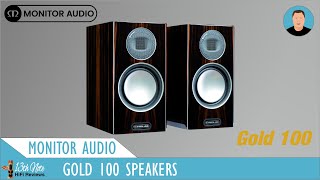 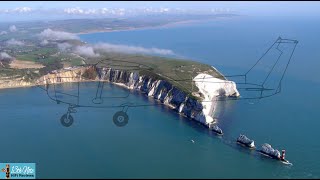 13th Note Simon's day off : A Flight around The Isle of Wight 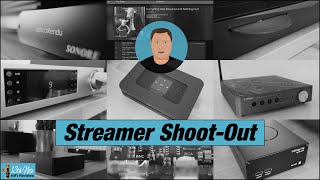 When the frame rate of the camera is faster than t

AudioQuest DragonFly Cobalt Specs for a video I’